At SimpleTexting we spend a lot of time thinking about text messages and text marketing, from helping nonprofits to working with successful businesses. But what exactly is in a text message? And, more specifically, what news or information is acceptable to say in a text message? In a world where phone calls are rare and a text often feels like the best way to communicate just about anything, are there certain things that shouldn’t be said in an SMS or text message? We conducted a study to dig into the question of texting etiquette, and found that the answers can vary from generation to generation.

When it comes to what information it is and isn’t ok to send via text, the survey revealed deeply disparate attitudes across generations when it comes to one thing in particular: breaking up with someone. Unsurprisingly, Millennials are the most likely age group to end a relationship via text, with nearly 70% of millennial respondents saying they have done just that in the past. So not only do America’s youths think breaking up this way is acceptable, the majority have actually done it themselves!

Interestingly, a bit of a pattern emerged when evaluating the survey results of older respondents. Going from Millennials to Gen X resulted in a 21% drop in those that said they have broken up over text before, a reasonably expected falloff. What was more surprising was the emergence of a pattern between all generations, as the downturn from Gen X to Baby Boomers was 19%, nearly mirroring the change from Millennials to Gen X. While less than 30% of Boomers said they have broken up via text before, given the commonly held belief that those of the Boomer generation were raised with a more traditional sense of chivalry, that number is probably higher than many people would have anticipated, and it shows us that using text messaging for this task has become more acceptable at a surprisingly consistent rate. When considering how many respondents have ended a relationship through texting, the percentage that said they have been broken up WITH that way is another interesting result of the survey. You see, the numbers in this category are slightly lower than those that in the previous graphic, which brings up the prospect that some people out there just aren’t getting the message even when they are literally getting the (text) message!

Those are just two of the illuminating results produced by this survey, but by no means are they the only ones. Responses revealed attitudes about group chats, sharing identifying details like social security numbers, the best ways to share different pieces of information, and more, all of which can be found below. 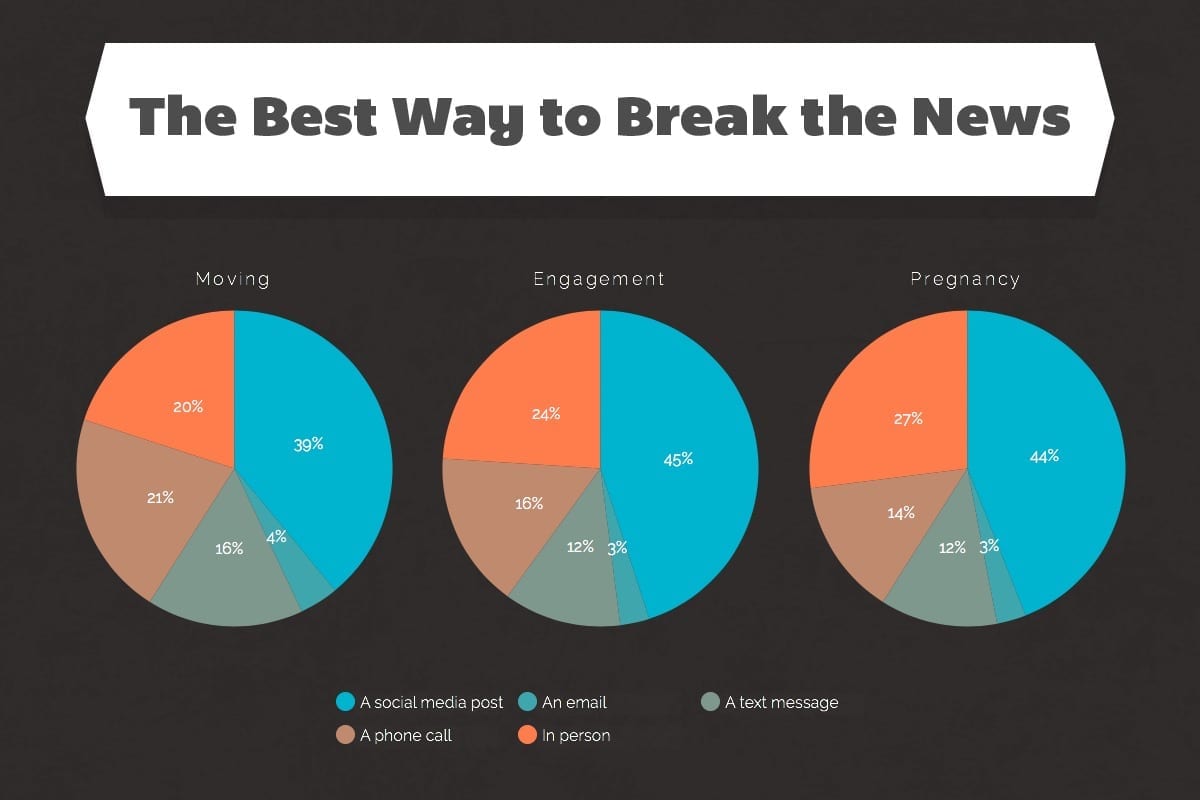 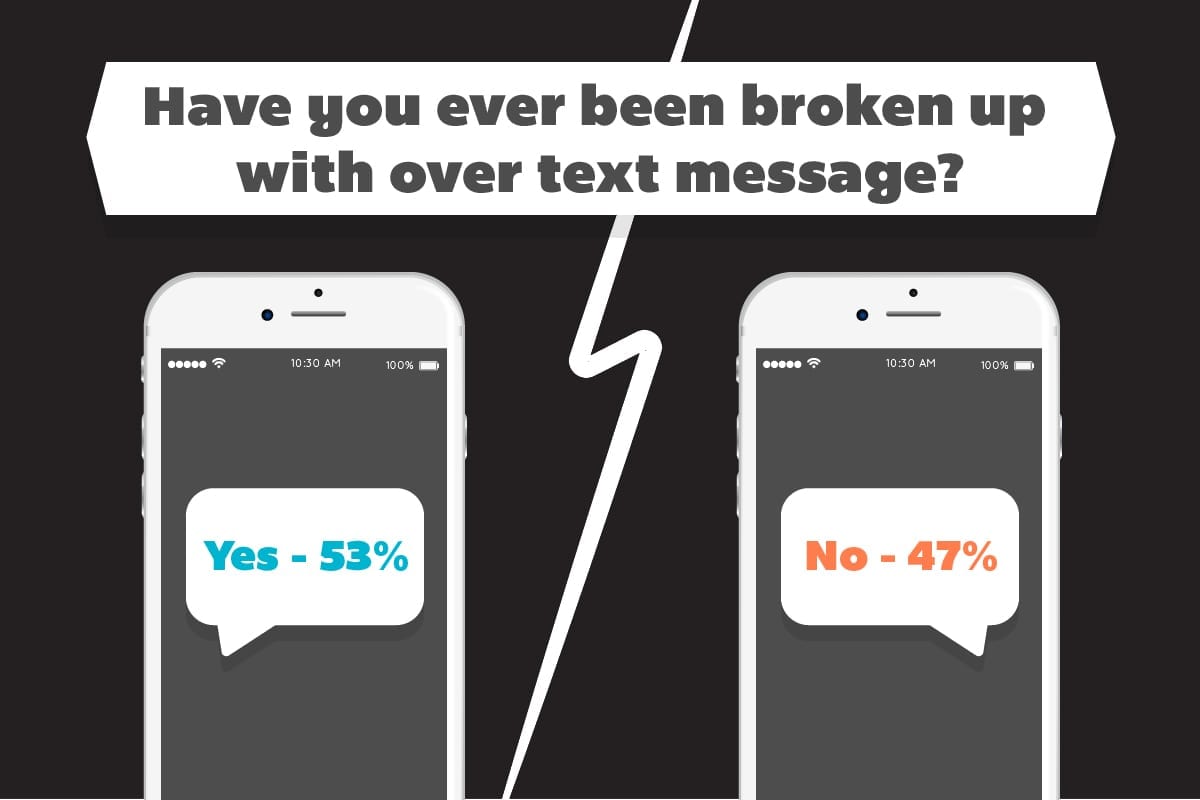 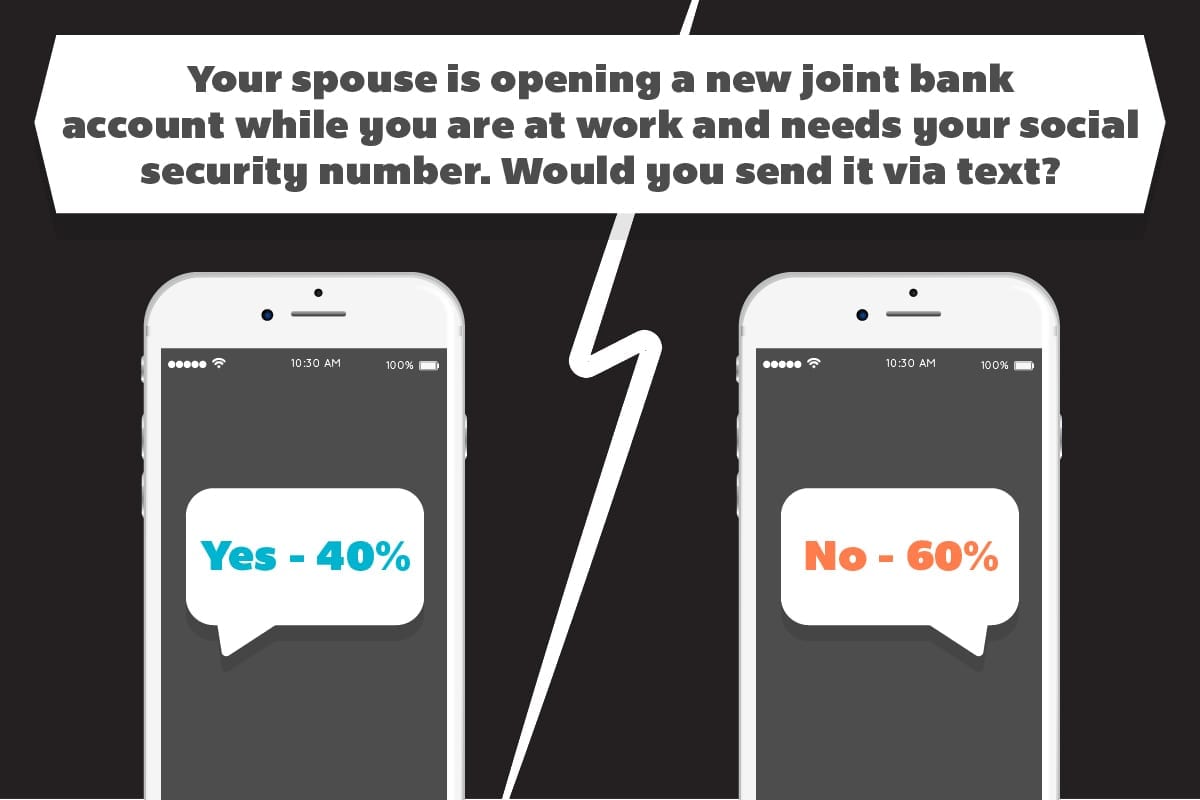 Up next in Best Practices

What are the differences between using email vs text messaging for your marketing campaigns? Learn which marketing channel is right for your business.

Understand the fundamentals of text marketing and the different ways you can utilize it to benefit your individual business goals.