Keeping Union Members in the Loop with Text Message Reminders People rarely ignore a text. Here's how the International Brotherhood of Electrical Workers used that fact to revamp their event reminder system. Ding!—You Have a New Message from IBEW Local Union 1593…

…and it’s a text reminder:

Text message reminders sure get the job done fast, don’t they? 🙂

IBEW Local Union 1593 has been striving to support and improve the rights, wages, and benefits of electrical workers in North and South Dakota since 1982. IBEW 1593, as it’s often abbreviated, represents some 1,200 members at 21 different units, including various electric generation and transmission stations, electric cooperatives, coal gasification stations, and even a wind turbine project south of Minot, ND.

The original International Brotherhood of Electrical Workers  got started back in 1891, right around the time sparks were flying as Westinghouse, Edison, and Tesla fought for market control in the so-called War of the Currents. Today, IBEW is one of the largest labor unions in The American Federation of Labor and Congress of Industrial Organizations, and IBEW 1593 is one of its charter unions.

IBEW 1593 is also a SimpleTexting customer. We recently spoke with our main point of contact there, Mandy Senske, to learn more about how the labor union uses text messaging to improve internal communications. Sit tight, we’ve got an enlightening story coming up. 😀

Before SimpleTexting, IBEW 1593 was in the habit of sending members a friendly email nudge every now and then to remind them about upcoming events like unit meetings and Christmas parties.

But the reminders weren’t working very well. A lot of emails simply got lost forever in the inbox badlands, never to be opened and read.

In other cases, union members just didn’t see the emails soon enough. By the time they dug through their inbox and noticed the notifications, it was too late to make the meeting/party in question. This was primarily true for some of the union’s older members, who didn’t seem to be too religious about checking their email—even though they had smartphones to do it with.

It was high time to find a more effective reminder system. 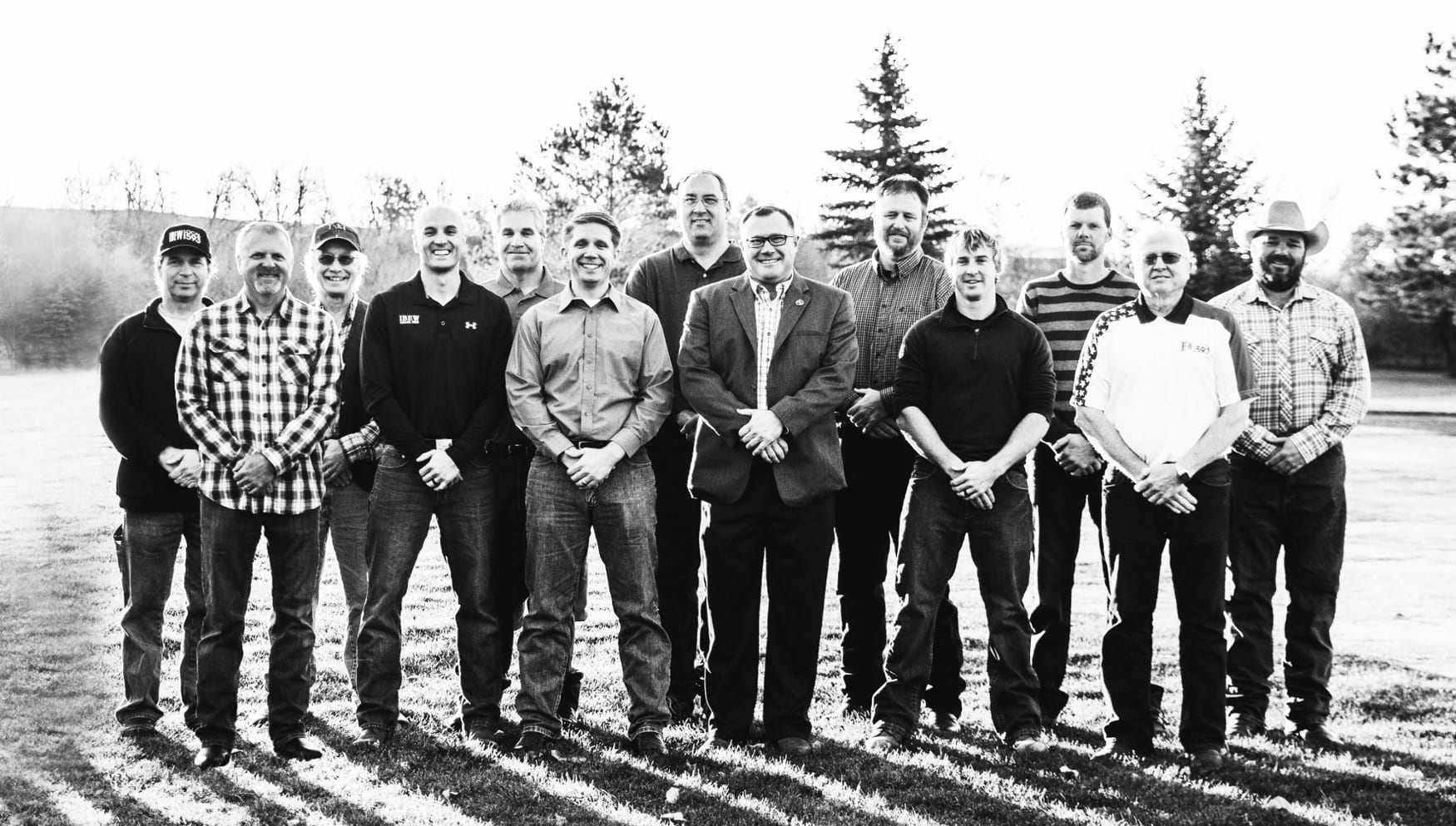 When IBEW 1593 first started reaching out to text message marketing companies to inquire about service plans, they ran into a little bit of a roadblock.

“We looked at a few options, and we weren’t even able to reach customer service until we signed up,” Senske told us. “So we couldn’t get any questions answered beforehand.”

We’re pleased to report, however, that there was one noteworthy exception.

“When we contacted SimpleTexting, we immediately had a support person, and they were able to walk us through,” Senske said. “We were extremely impressed with that, and it’s really why we decided to go with SimpleTexting.”

A major reason we chose to go with SimpleTexting is because of the customer service.

Turning on the text message reminders

Once IBEW 1593 got all the customer servicey stuff sorted out, they signed up for a plan with SimpleTexting and promptly installed a web sign-up form on their site. The form made it a piece of cake for them to turn union members into text message subscribers.

Here’s a handy screenshot of that web form hard at work on IBEW 1593’s contact page: Anytime a member fills out that form and clicks Subscribe Now, they’re automatically added to IBEW 1593’s subscriber list inside the SimpleTexting application. Once that happens, it’s a simple matter to send out reminder messages like the ones below: 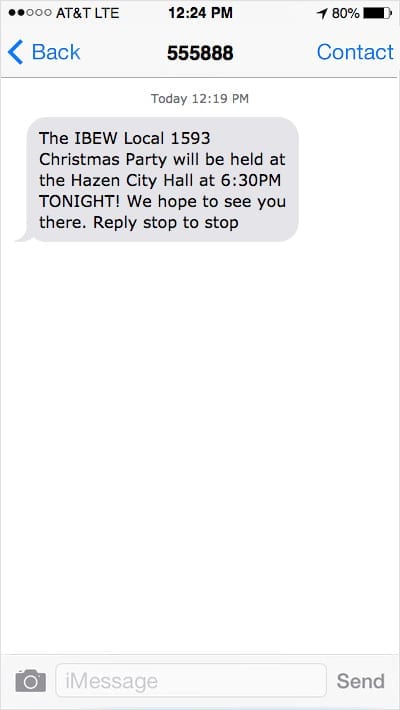 In case the above images don’t serve for some reason, here are the reminder messages written out:

Senske told us the reminders have been working great so far.

“We’ve gotten really good feedback on it from our members,” she said. “People are really happy about it, and we’re happy that we’re able to better communicate with them.”

The good news is that it’s effective. People are getting it on their phone, and it’s a reminder that they don’t miss so easily.

New, Improved, and in the Loop

Thanks to their new notification system, IBEW 1593 is on track to much more efficient internal communications and fewer empty seats at those unit meetings and Christmas parties.

Moving forward, they’re planning to create reminders for each individual unit in their union, instead of sending mass texts to all units at once. They’re also thinking about using SimpleTexting’s MailChimp Sync feature to pair up their email and phone subscriber lists for even greater efficiency.

We heard that they’ve got some really smooth customer service on their side these days, so we’re betting things are gonna work out alright. 😉

That’s the end of our success story about IBEW Local Union 1593. Thanks for reading! Hope you found it interesting and worthwhile. If you want more stories like this one, you can head over to our Success Stories page and dive right in.

If you’d like to try text messaging for yourself, we offer a free 14-day trial. No credit card, no contract, and no monkey business—just two weeks of access to all of our awesome features, plus one free keyword to experiment with.

Got any questions? Get in touch with us!

Nearly 10,000 baby boomers in the United States turn 65 every day. Here's how Straightaway uses SMS to meet the growing demand for nurse aides.

Learn how LEAP (Learning Enrichment and Assistance Program) took advantage of our API to integrate with their scheduling tool and send text reminders.