How Do SMS Delivery Reports Work? It was a modest start, but it ultimately changed technology and even social norms. Now over 6 billion texts are sent every day in the US alone. (Thankfully, cellphones no longer look like the Orbitel 901 cellphone Jarvis used.) Texting is frequently the first choice for communication and is now widely used by businesses to communicate with customers, staff, and prospects. Think about it––how often are you annoyed when someone calls you instead of sending a brief message?

Not only does SMS have open rates of over 98% and a response rate of over 42%, but SMS also has a reach that beats the combined figures of the world’s top four messaging apps combined.

If you’re new to texting, you might be wondering whether your recipients have read your messages or even received them. You may have experienced a low response rate recently and want to know what’s up.

To answer these questions, you’ll want to review your campaign’s success rate as well as our detailed SMS delivery reports.

How Do You Calculate SMS Delivery Rate?

While SMS success rates usually come close to–or above–98%, the nature of the telecommunication industry means that many different factors impact whether recipients receive your text messages.

It’s worth noting that when we talk about SMS delivery, we mean the SMS delivery rate (at SimpleTexting, we refer to this as the success rate). The delivery rate is the percentage of outgoing SMS and MMS messages received by your contacts.

You can calculate the delivery rate by looking at the percentage of delivered versus intended messages. In SimpleTexting’s platform, you can see the success rate underneath each sent campaign. In the example below, the success rate is 100%.

Before we get into how an SMS delivery works, it’s worth taking a look at why text messages are sometimes not delivered. There are several possible reasons your recipients may not receive your SMS and MMS messages:

How do SMS Delivery Reports Work?

When a text message sends, the cell carriers receive it. Their servers then attempt to deliver it. The SMS will then either be successfully delivered or remain either temporarily or permanently undelivered. Their servers then send back info to us about the status of each message.

With SimpleTexting, this information forms the basis for a full SMS delivery report for every campaign you send, whether it’s to a single number or multiple recipients. In this report, you can review the phone numbers and delivery statuses of every message sent within the campaign. The report covers the following delivery statuses:

This status means SimpleTexting has successfully delivered the message to the recipient.

The recipient unsubscribed after receiving your SMS.

The message wasn’t delivered yet, but the number is active, so the message may be delivered later on. The phone may have been off or away from cell coverage. Essentially this means that the issue with delivery is temporary.

The message wasn’t delivered, and the number is invalid. It may be a landline or another number incapable of receiving texts. Once a number is invalid, we won’t try to deliver messages to it in the future.

💡This help center article walks you through how to access your detailed delivery report.

How Can You Improve Delivery Rates of Your SMS Messages?

While a lot of issues with SMS delivery are not in your control, one of the steps you can take to improve your SMS delivery rates is to collect only mobile phone numbers.

As mentioned above, one of the main reasons messages fail is due to incorrect mobile numbers. This often happens because people provide you with a non-text-enabled landline. If you’re using a web form to collect phone numbers, make it clear you are collecting mobile phone numbers. You can use our mobile web sign-up forms to do this.

You can also use keywords to gain new SMS subscribers. Keywords are words or phrases that customers can text your phone number to express their interest in receiving your messages. For example, a company that sells running shoes online could invite you to text “RUN” to 900900.

Texting is one of the speediest ways to reach your customers and have them respond. It also receives much higher engagement rates than other forms of digital advertising.

Like all communication channels, there are certain instances where your message won’t reach the recipient. Still, while nothing is a sure thing, text message delivery comes pretty close. 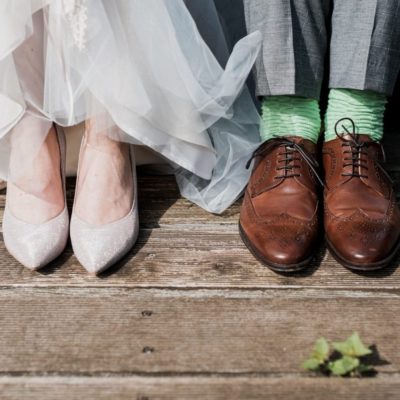