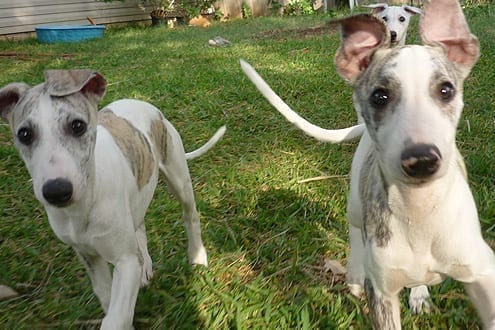 Let’s look at 3 ways SMS is helping out our furry friends:

Hot dogs are a staple of the summertime, but canine overheating should be a serious concern for any responsible dog owner. Now there’s a dog collar that sends you a text alert when Fido’s getting too hot.

The cleverly named Dog Caller contains a digital thermometer and SIM card. When the collar senses your dog’s temperature approaching dangerous territory, it automatically texts you with a handy alert. Still a prototype, the Dog Caller is slated to hit markets some time in 2013 for the affordable price of $20.

In another victory for vulnerable animals, sheep may soon be outfitted with collars that cry—or rather text—wolf. The collar monitors the sheep’s heart rate: When it spikes, as it does in a wolf attack, the collar immediately sends a text alert to the shepherd’s phone.

The collar also packs a punch, shooting out a repellent to drive off the wolf during an attack. The prototype will launch in 2013 for the French and Swiss markets, where wolves have recently been terrorizing local flocks.

Animal cruelty became a hot-button issue in Malaysia after a scandal involving a pet boarding center that neglected cats and dogs. In response, the government has set up a short code that citizens can use to report animal abuse at any time.

Malaysians who witness or suspect abuse send a text message to 1588 to alert the authorities immediately. Just another way the lightning-fast technology of texting is helping animals stay safe. How Club 1 Hotels Used SMS to Grow Its Loyalty Program